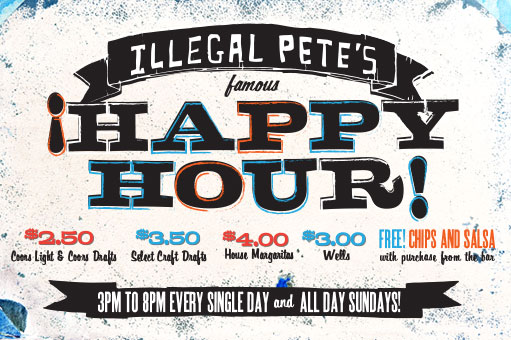 The Coloradoan reports that, weeks away from a new Illegal Pete's in Fort Collins, Colorado, restaurant owner Pete Turner went to Fort Collins and heard a crowd of concerned residents ask that he change his business' name from Illegal Pete's. The name Illegal Pete's, Turner says, is a  reference to a bar in a novel he read as an English major in college. "Pete" also refers to his own name and his father's. When he started the restaurant in 1995, Turner hoped the name would be ambiguous enough to spark people's interest, perhaps referring to counterculture activity.