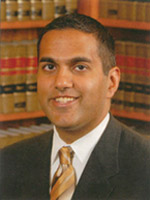 Abstract: In recent years, labor unions in the United States have embraced the immigrants’ rights movement, cognizant that the very future of organized labor depends on its ability to attract immigrant workers and integrate them into union ranks. At the same time, the immigrants’ rights movement has been lauded for its successful organizing models, often drawing upon the vitality and ingenuity of immigrant-based worker centers, which themselves have emerged as alternatives to traditional labor unions. And while the labor and immigrants’ rights movements have engaged in some fruitful collaborations, their mutual support has failed to radically reshape the trajectory of either cause. In this Article, I argue that the ongoing legislative debates around immigration reform provide a unique opportunity to reimagine and revitalize traditional organized labor and to strengthen newer, immigrant-centered worker organizations. In my view, this can be accomplished by positioning unions and worker organizations as key actors in immigration processes (for both temporary and permanent immigration) and in any likely legalization initiative. Their specific roles might include sponsoring or indirectly supporting certain visa applications, facilitating the portability of employment-related visas from one employer to another, offering training opportunities to meet immigration requirements, assisting with legalization applications, leading immigrant integration initiatives, and more. Apart from the instrumental objective of attracting immigrants to the ranks of unions and worker organizations, this set of proposals will position these institutions as sites where the virtues of leadership, democratic participation, and civic engagement can be forged in new Americans. Indeed, these virtues coincide with the founding values of most U.S. labor unions; to the extent some unions have strayed from these values, the proposals provide an external imperative to reorient and rebrand unions as core civil society institutions. Moreover, immigrant worker centers have already become known for their focus on leadership development, democratic decision making, and civic education, and are therefore uniquely positioned to play this role. This convergence of utilitarian and transcendent objectives, in the current sociopolitical moment, justifies a special position for unions and worker organizations in the U.S. immigration system.