Immigration Article of the Day: Citizenship Revocation, the Privilege to Have Rights and the Production of the Alien by Audrey Macklin 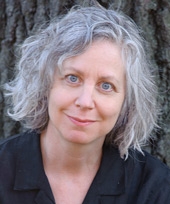 Citizenship Revocation, the Privilege to Have Rights and the Production of the Alien by Audrey Macklin, University of Toronto - Faculty of Law October 12, 2014

Abstract: Citizenship revocation has emerged in the UK and Canada as a supplement to the counter-terrorism toolkit, and is on the legislative agenda elsewhere. Citizens who engage in conduct deemed threatening to national security face potential deprivation of citizenship through the exercise of executive discretion. The author situates citizenship revocation within the evolving field of 'crimmigration', as well as in its historical context. The new 'two-step exile' extends the functionality of immigration law by turning citizens into deportable aliens: first, strip citizenship; second, deport the newly minted alien. This revival of banishment raises various normative, legal and practical considerations. The paper critically engages with the depiction of citizenship as a privilege versus a right, and citizenship revocation for misconduct as constructive breach of the social contract versus punishment. It argues that citizenship revocation as conceived under both the UK and Canadian regimes is essentially punitive. It then analyses the legality of citizenship revocation under international law and the Canadian Charter of Rights and Freedoms, using US Supreme Court judgments on expatriation as a relevant source of comparative jurisprudence.