Immigrant of the Day: Djimon Hounsou From Benin | Actor 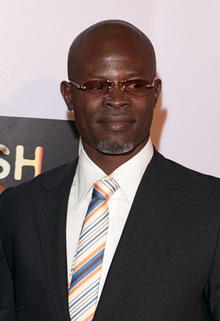 After spending a year homeless in Paris, actor Djimon Hounsou was noticed by a stranger and fell into the world of fashion as a model. Starting in 1990, he played a few roles in television and film, but it was in 1997 that he came to international attention and was nominated for a Golden Globe for his role as Cinque in Spielberg’s Amistad, a film based the true story of a mutiny aboard a slave ship of prisoners from Mende. Since then, Hounsou has appeared in other major films and was nominated twice for an Oscar for his roles in In America and Blood Diamond.