Where America's 46 million immigrants come from, in one map 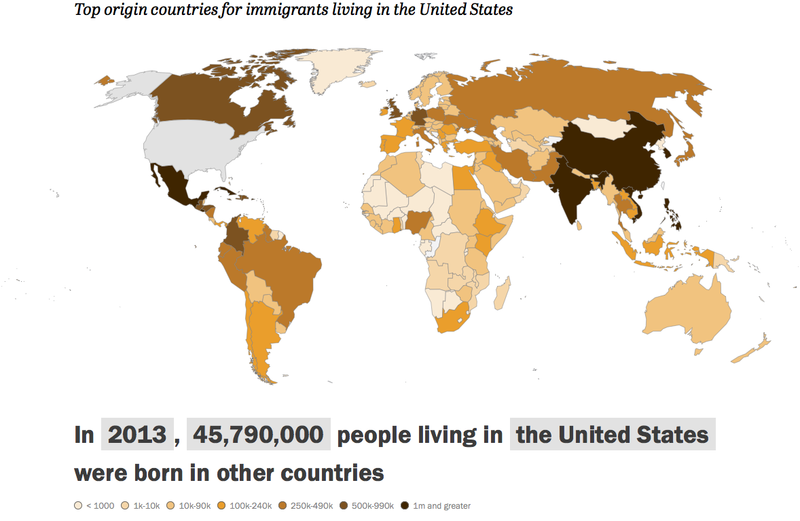 VOX posted this map on the nearly 46 million people living in the US were born in other countries. A new map from the Pew Research Center helps track where all those people originated:At nearly 13 million migrants, Mexico easily takes the top spot for origin countries. After that, southeast Asia dominates: China (2.2 million), India (2 million), and the Philippines (2 million) take second, third, and fourth place.