Vietnamese Immigrants in the United States

Migration Information Source provides the latest information on Vietnamese Immigrants in the United States.  Within the past four decades, the once-tiny population of Vietnamese immigrants in the United States has grown into one of the country’s largest foreign-born groups. Vietnamese migration to the United States has occurred in three waves, the first beginning in 1975 at the end of the Vietnam War, when the fall of Saigon led to the U.S.-sponsored evacuation of approximately 125,000 Vietnamese refugees. This first wave consisted mainly of military personnel and urban, educated professionals whose association with the U.S. military or the South Vietnamese government made them targets of the communist forces. In the late 1970s, a second wave of Vietnamese refugees entered the United States in what became known as the “boat people” refugee crisis. This group came from mainly rural areas and was often less educated than earlier arrivals; many were ethnic Chinese immigrants fleeing persecution in Vietnam. The third wave entered the United States throughout the 1980s and 1990s; unlike earlier arrivals, this group contained fewer refugees and included thousands of Vietnamese Amerasians (children of U.S. servicemen and Vietnamese mothers) as well as political prisoners. 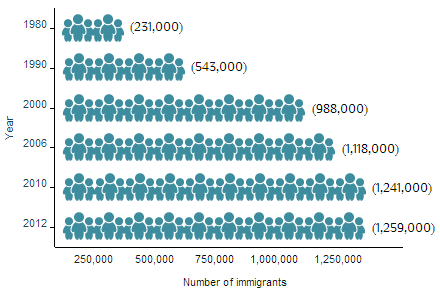