Immigration Article of the Day: Refugee Law in Context: Natural Law, Legal Positivism and the Convention by Isaac Kfir 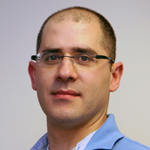 Abstract: The contemporary refugee system was product of a desire to provide protection and assistance to those who have a well-founded fear of persecution, a somewhat sophistic term in the twenty-first century, which may explain why the system is cumbersome, incoherent and divisive. One explanation for the tension within the refugee regime is the fact that the refugee system is controlled by nation-states — mainly western states — leading to conflicting views and interpretation as to their obligations toward those seeking and claiming refuge, as these states seek to reduce refugee applications while seeking to adhere and uphold their international obligations. Another however is to suggest that it is the legal traditions — natural law and legal positivism — that lie within international refugee law that have led to a crisis when it comes to international refugee law. That is, it is the tension between the two traditions that weakens the system because they undermine the development of a clear legal taxonomy. The paper begins by looking at how natural law and positive law have shaped international refugee law. The second section reviews the Refugee Convention, which seems to amalgamate the two traditions. The section highlights how over time, and especially in the post-Cold War era, the regime became so fragmented, as refugeeship and the conditions that led to refugeeship changed. The paper concludes by calling on refugee law scholars to engage in a phenomenological and epistemological discussion of the refugee regime as a way to challenge those who abuse the system.