Immigration Article of the Day: Non-Refoulement in a World of Cooperative Deterrence by James C. Hathaway and Thomas Gammeltoft-Hansen 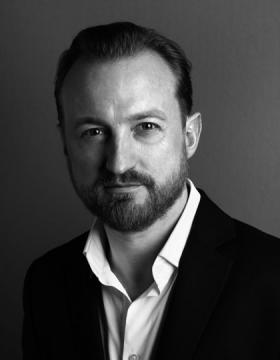 Abstract: Developed states have what might charitably be called a schizophrenic attitude towards international refugee law. Determined to remain formally engaged with refugee law and yet unwavering in their commitment to avoid assuming their fair share of practical responsibilities under that regime, wealthier countries have embraced the politics of non-entrée, comprising efforts to keep refugees away from their territories but without formally resiling from treaty obligations. As the early generation of non-entrée practices – visa controls and carrier sanctions, the establishment of “international zones,” and high seas deterrence – has proved increasingly vulnerable to practical and legal challenges, new forms of non-entrée predicated on interstate cooperation have emerged in which deterrence is carried out by the authorities of the home or a transit state, or at least in their territory. The critical question we address here is whether such cooperation-based mechanisms of non-entrée are – as developed states seem to believe – capable of insulating them from legal liability in ways that the first generation of non-entrée strategies were not. We show that three evolving areas of international law – jurisdiction, shared responsibility, and liability for aiding or assisting – are likely to stymie many if not all of the new forms of non-entrée. Indeed, while legal liability is least clear where the sponsoring state engages in only diplomatic outreach, the provision of financial incentives, or training of personnel or provision of equipment, these options for cooperative deterrence are increasingly viewed by developed countries as unattractive given the inherent uncertainties about whether there will be a solid and dependable deterrent return. The inclination to become more directly involved in order to achieve more control and thereby to increase the likelihood of efficacy thus often pushes states to the more interventionist end of the spectrum of contemporary non-entrée. Yet it is when a state’s own personnel are deployed in aid of deterrence abroad or where joint or shared enforcement is established that legal liability becomes most clear. Powerful states are thus faced with a trade-off between the efficiency of non-entrée mechanisms and the ability to avoid responsibility under international refugee law. If, as we believe probable, the preference for more rather than less control persists, legal challenges are likely to prove successful. Law will thus be in a position to serve a critical role in provoking a frank conversation about how to replace the duplicitous politics of non-entrée with a system predicated on the meaningful sharing of the burdens and responsibilities of refugee protection around the world.