Immigration Article of the Day: Immigration Reform in 2013-14: An Essay on the Senate's Bipartisan Plan, the House's Standard for Immigration Reform, Interest Convergence and Political Realities by Maria Pabon Lopez and Natasha Ann Lacoste 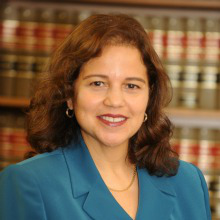 Abstract: This essay assesses the prospects for immigration reform using interest convergence theory and the political realities under which Congress operates. It explains the bipartisan Senate's plan for immigration reform, including the four key areas addressed by the plan: immigration overhaul, employment verification, worker programs, and the need to create a path to citizenship for undocumented immigrants in the United States. It also discusses the House's principles for immigration reform, including the main aspects of its proposal: border security, an entry-exit system, employment verification and workplace enforcement, reforms to the current immigration system, youths, and adult undocumented immigrants currently living in the United States. The essay then tracks the time line and developments of both plans and the legislative action so far, including passage of the Bipartisan Plan in the Senate and its failure to pass in the House. It also discusses the political, economic, and faith-based appeals made to Congress to encourage immigration reform. Finally, this essay analyzes the theory of interest convergence and its application to the debate surrounding immigration reform.