Immigration Article of the Day: Confronting Cops in Immigration Court by Mary Holper 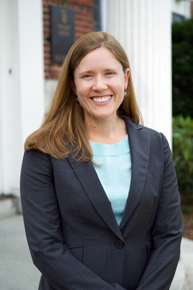 Abstract: Immigration judges routinely use police reports to make life-altering decisions in noncitizens’ lives. The word of the police officer prevents a detainee from being released on bond, leads to negative discretionary decisions in relief from removal, and can prove that a past crime fits within a ground of removability. Yet the police officers who write these reports rarely step foot in immigration court; immigration judges rely on the hearsay document to make such critical decisions. This practice is especially troubling when the same police reports cannot be used against the noncitizen in a criminal case without the officer testifying, due to both the Sixth Amendment’s Confrontation Clause and Federal Rules of Evidence, neither of which apply in immigration court. In these days of the increasing criminalization of immigration law and prioritization of deporting so-called “criminal aliens,” the police report problem is salient, and impacts thousands of noncitizens every year.

This article argues for a right to confront police officers in immigration court by examining three different ways to conceptualize removal proceedings: (1) in light of the Supreme Court’s 2010 decision in Padilla v. Kentucky, deportation should be considered punishment, thus guaranteeing all of the protections of a criminal trial, including the Sixth Amendment Confrontation Clause; (2) under the Mathews v. Eldridge case-by-case balancing test of the due process clause, courts should balance the interests at stake and adopt a right to confrontation and cross-examination of police officers in immigration court; and (3) if deportation is conceptualized as “quasi-criminal” and thus deserving of some, but not all, of the protections guaranteed at a criminal trial, one of those protections should be the right to confront one’s accuser, especially when the accuser is a police officer.

The scholarship has focused on why other rights guaranteed in a criminal trial – court-appointed counsel, freedom from ex post facto laws, freedom from double jeopardy, proportionality principles, and the Fourth Amendment exclusionary rule – should apply to removal proceedings. An overlooked criminal protection is the right to confront one’s accuser in immigration court.