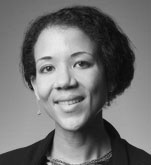 Abstract: The Central America - U.S. border crisis has stoked the fires of a roaring debate on immigration and immigration reform. At a time when real economic growth in the global North continues to stagnate, and income inequality continues to intensify, conditions favor a certain kind of xenophobia that scapegoats immigrants for socioeconomic ills. Under such understandings, immigration influxes are portrayed as exogenous phenomena, but, in fact, migration from the global South to the global North often operates in a kind of boomerang effect. Current asylum and immigration patterns often reflect reactions to previous political and economic interventions by the global North in the home territories of the migrant populations. This article considers these background dynamics in relation to the immigration and asylum surge from Central America, and reflects on the interrelationship and utility of existing paradigms of migration law. A central finding criticizes the narrow understanding of asylum as established by prevailing legal norms.