Immigrant of the Day: John Liu From Taiwan | Politician 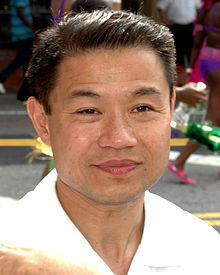 John Liu served as the 43rd comptroller of New York City from 2010 to 2013, becoming the first Asian-American to hold city-wide office in New York. Taking office amid a severe economic crisis, he facilitated economic growth and job creation with the acceleration of urban capital projects. He also developed the online application CheckbookNYC.com, which provided new transparency in government spending. Prior to that, Liu represented Flushing and northeast Queens in the City Council.