Immigrant of the Day: Andrea Jung From Canada | President and CEO of Grameen America 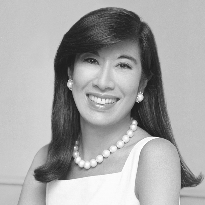 Andrea Jung From Canada | President and CEO of Grameen America

An ambitious and rapidly rising star, who had already been second in command at I. Magnin and directed all women’s apparel for Neiman Marcus by age 32, Andrea Jung was named the first female president and CEO of Avon Products in 1997—the highest-ranking minority woman at any major public U.S. company. Entering amid sagging sales, Jung rejuvenated Avon, expanding the number of products, marketing toward younger women, and reinventing it as a major global brand. In 2009, Forbes magazine named her No. 25 on its list of “The 100 Most Powerful Women.”