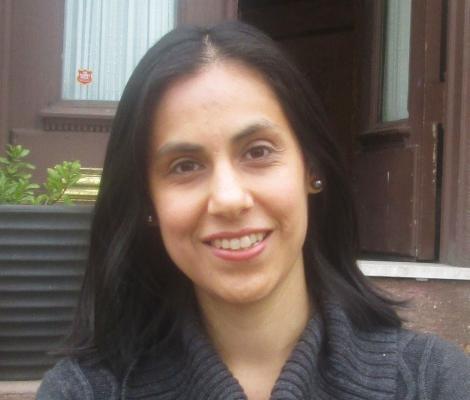 I read last week’s WSJ Law Blog post on Professor Brian Soucek’s criticism of Second Circuit asylum opinions with interest, and a little dismay. Fair warning: I served for a year as a staff attorney at the Second Circuit, producing the types of orders Soucek says are infected with misleading law and rubber-stamped by judges. In fact, proposed summary orders are accompanied by in-depth bench memos and often revised heavily by judges and law clerks. But my concern isn’t personal as much as legal, as someone who now practices and teaches law in New York. In his critiquing small word choices in a small subset of unpublished orders, Soucek misses the broader picture of how the Second Circuit actually treats the claims of asylum seekers, which is thoughtfully and with care.

Soucek’s 2012 essay criticized select wording in unpublished court orders that referred to whether certain asylum applicants were persecuted for being members of a “particular social group.” He worried that the court’s use of words like “exhibit,” recognize,” or “identify” suggested the court thought persecutors had to be able to physically see the characteristics that made you part of the group, or else you weren’t a member.

But the evidence strongly suggests the court has never thought that. While I am all for accuracy, and hardly think the Second Circuit is infallible, these minor phrases don’t seem to be affecting the ultimate asylum decisions.  Soucek himself acknowledged that the court had never “rejected an asylum claim solely because an applicant did not look a certain way.” It seems like this should matter a lot. (Although it was a Convention Against Torture case and not an asylum case, I can’t help but think of Ali v. Mukasey,[1] in which the court read a judge the riot act for his speculative comments about a gay applicant, including assuming that no one would know he was gay if he were not seen with a boyfriend.)

More broadly, the Second Circuit’s recent asylum case law has been quite open-minded and fair. The Court has ordered the Board of Immigration Appeals to stop avoiding the issue of whether the government can bar from asylum people who were forced at gunpoint to give food or money to terrorists, on the theory that they “supported” terrorism.[2] It has rebuked judges who applied stringent and made-up legal[3] or evidentiary[4] standards to asylum seekers, and found that potential victims of sex trafficking[5] and witnesses to war crimes[6] may well be members of “particular social groups” eligible for asylum. In short, the court is seriously engaging with asylum law in a way Soucek’s hyper-focused critique does not acknowledge.

Soucek makes much hay of the fact that three unpublished orders issued between February and June use the “visibility” language that he finds problematic, states that these statements of law are “flat wrong now,” and ominously predicts to the WSJ that asylum applicants are more likely than not to have the wrong standard applied to their cases.

These criticisms are quite misleading. Presumably Soucek is referencing new precedent the BIA issued in February, making a largely cosmetic transition from a “social visibility” standard to one named “social distinction.” [7]  While it might have been nice for the Second Circuit to acknowledge this hot-off-the-presses update in those three orders, it was not “flat wrong” not to do so, as all three cases had been fully briefed before the new cases came out, and the Second Circuit’s job is to review the BIA, rather than instantly adopting its new precedents. Most importantly, in August the Second Circuit did in fact issue a precedent, Paloka v. Holder, discussing the new BIA cases in detail,[8] and the court’s most recent summary orders explicitly cite the clarified “social distinction” standard.[9] So no, asylum seekers in the Second Circuit are not being judged under the wrong law.

It is certainly true that the Second Circuit, like every other legal office I have worked at, has a database of prior work product that employees draw from, and it is true that lawyers who work from templates and examples should regularly update their resources and keep their legal writing fresh and accurate. That is good advice for all of us. However, when it comes to the evolution of asylum law, it appears that is exactly what the Second Circuit has done.