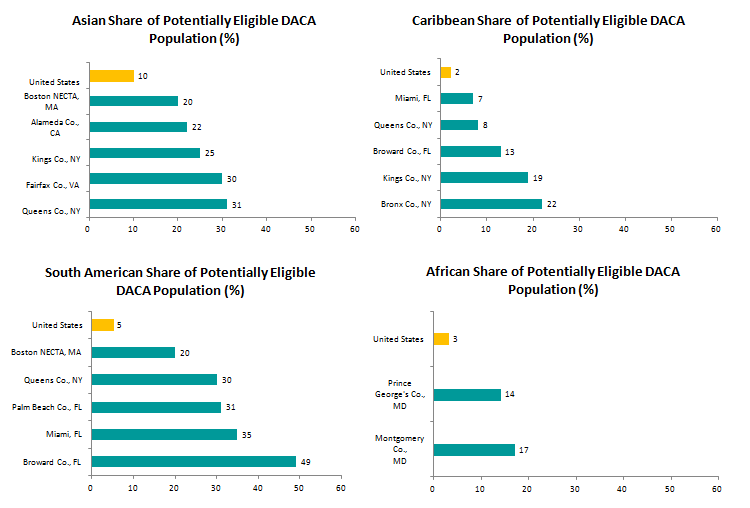 The Deferred Action for Childhood Arrivals (DACA) program, which provides temporary relief from deportation for certain unauthorized immigrant youth based on factors including their educational attainment or enrollment has prompted many questions from educators, other practitioners, and policymakers as they seek to better understand the population that might be eligible.

Among the questions we have fielded at the Migration Policy Institute's National Center on Immigrant Integration since DACA's launch in 2012: "What can you tell me about the languages spoken by DACA youth in Los Angeles?" "How many children in Houston's middle and high schools might qualify for deferred action?" "What is the number of eligible Asians in Queens?"

The answer to these questions, until now, was "not much." We published national estimates of the population that could potentially qualify for DACA at the program's launch, and again at its first and second anniversaries, but did not have more granular data available at the local level. Using an innovative methodology that imputes unauthorized status to the foreign-born population using U.S. Census Bureau surveys, Migration Policy Institute has created a new web tool that offers estimates of the size of the DACA population in 41 states and 111 counties. And beyond that, we have developed in-depth profiles of the DACA-eligible in the 25 states and 36 counties with the largest such populations.