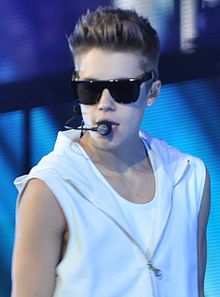 ABC News reports that Bieber agreed to a plea deal in his Miami DUI case from January. The singer was booked seven months ago on charges of driving under the influence, driving with an expired license and resisting arrest without violence.  Under the plea agreement, Bieber must attend 12 hours of anger management classes, pay a $500 fine, complete a YouImpact program in which he'll meet people whose lives were changed by drunk drivers, and pay court costs. Bieber agreed to plead guilty to resisting arrest without violence. The DUI charge was reduced to "careless driving," to which Bieber also pleaded guilty. His charge of driving with an expired license was dropped, and he now has a valid driver's license.

Because he is a Canadian citizen, the plea agreement stipulated that Bieber's lawyers must discuss with him "the possible immigration consequences of accepting this agreement ... [and] the Immigration and Naturalization Service will consider this conviction in any deportation decision."

Bieber reached another plea deal last month in his misdemeanor vandalism case stemming from an egging incident in January. According to that plea deal, Bieber was ordered to serve two years probation, perform five days of community service and pay more than $80,000 in fines. He also has to take a separate anger-management course.

A question for immigration professors -- is Bieber subject to removal?