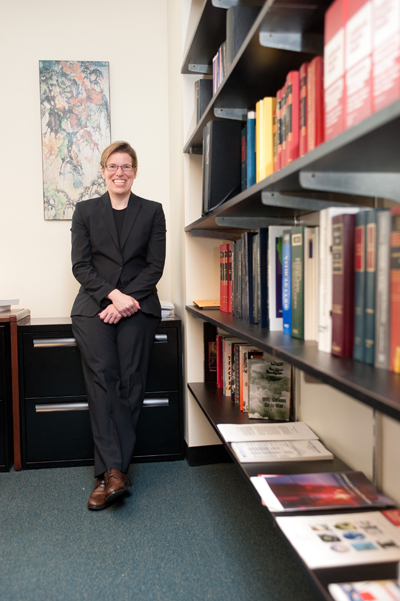 Abstract: As a creature of administrative law, Congress has set forth clear, statutory definitions of “parent,” “child,” “son,” “daughter,” and “step-parent.” As a practical matter, these terms create a uniform system by which family relationships are recognized and immigration benefits are conferred. In one notable exception, Congress directs adjudicators to look to state law when determining which children are citizens at birth. Derivative citizenship, the legal process whereby birthright citizenship is passed from a citizen to his or her child who is born outside of the United States, is a technical maze. There are at least nine different statutes in effect that may apply to a person, depending on the child’s birth date and the parents’ citizenship and marital status. Derivative citizenship may be conferred both at the time of birth, and, when specific conditions met, retroactively. Congress made the express policy choice to defer to state definitions of legitimation (also known as parentage) when conferring citizenship. This requires immigration adjudicators to then know, understand, and properly apply the laws of 50 different states when conferring citizenship status. This Article’s focus is on a troubling, contemporary application of derivative citizenship that is occurring in removal proceedings. Often times, a child with one citizen parent will grow up, assuming that he or she is a citizen. It is only after committing a crime in their 20s or 30s do they first learn that their parents never filed the paperwork to declare their status. Although they are still eligible to have their derivative citizenship status conferred retroactively, government attorneys are contesting that the parents who raised them are in fact their legal parents. In extreme cases, the government attorneys are first disclosing to some of these people that the men and women who raised them are not in fact their genetic parents. This Article highlights numerous problems with this practice. Of most import, the immigration judges and government attorneys are misapplying state law when determining who is and is not a parent of a child. Whereas state laws have made clear that love, support, and care is proof of parentage, (and that collateral challenges to parentage may neither be raised after a set number of years nor by strangers to the family unit) immigration courts are ignoring state law to declare that blood alone is the sine qua non of parentage. This Article presents the derivative citizenship scheme, summarizes state law legitimation and parentage statutes, and argues that the immigration courts and government attorneys are grossly distorting family law. Of note, immigration courts are the least desirable forum to adjudicate these claims due to their systematic (and perhaps deliberate) overburdened workload, lack of representation to the alleged (and usually detained) citizen, and the incentive by the government attorney to remove individuals with criminal records, even when those individuals are in fact citizens. The Article ends with proposals to remove these claims from a contested removal proceeding and into either administrative or district court proceedings whereby the adjudicator can faithfully apply the complexities of family law without the distraction of knowing someone’s criminal history.