Immigrant of the Day: Pierre Omidyar From France | Founder of eBay and Philanthropist 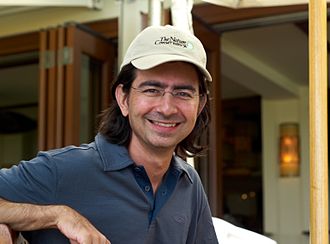 Pierre Omidyar From France | Founder of eBay and Philanthropist

Pierre Omidyar founded the online auction site eBay. Born in Paris in 1967, he earned a degree in computer science from Tufts University and worked for Apple before launching eBay, whose immediate popularity surprised him. The site is now one of the Web’s largest e-commerce destinations. Later, he launched the Omidyar Foundation to invest in nonprofits. He has also donated more than $1 billion to causes such as human rights and disaster relief.