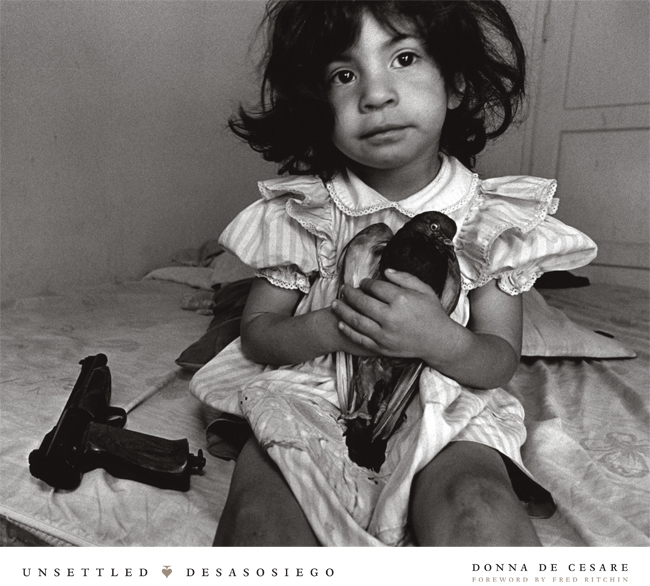 Culminating thirty years of photographing gang members and their families and collecting images that have been featured in Aperture, Mother Jones, and other publications, award-winning photojournalist Donna De Cesare uncovers the effects of decades of war and gang violence on the lives of youths in Central America and in refugee communities in the United States in this bilingual book.

Central American nations have recently had the highest per capita homicide rates in the world—surpassing the per capita death toll even in war-torn countries like Iraq and Afghanistan—and gang violence has been the dominant explanation for this tragic state of affairs. But why has gang activity become endemic in the region? Photojournalist Donna De Cesare began covering Central America during the civil wars of the 1980s, focusing especially on the disrupted lives of children and youths, and continued her photography project in Central American refugee communities in the United States in the 1990s and postwar Central America in the 2000s. She documents a history of repression, violence, and trauma, in which gangs are as much a symptom as a cause of trauma, trapped as they are by social neglect.

With profound empathy for a reality that is too easily defined and dismissed as repugnant, Unsettled/Desasosiego takes us on a visual journey into the lives of children deeply affected by civil war and gang violence. De Cesare’s photographs and bilingual personal narrative trace the evolution and expansion of the notorious 18th Street and Mara Salvatrucha gangs from the barrios of Los Angeles to the shanties of Central America. They show how decades of war and violence—as well as the illegal drug trade—have created a culture that allows gangs to flourish. At the same time, her photographs portray the humanity of gang members and their families, encouraging us to understand the lives of youths at the margins and to take responsibility for the consequences of political and social actions that have ruptured Central American society for generations.