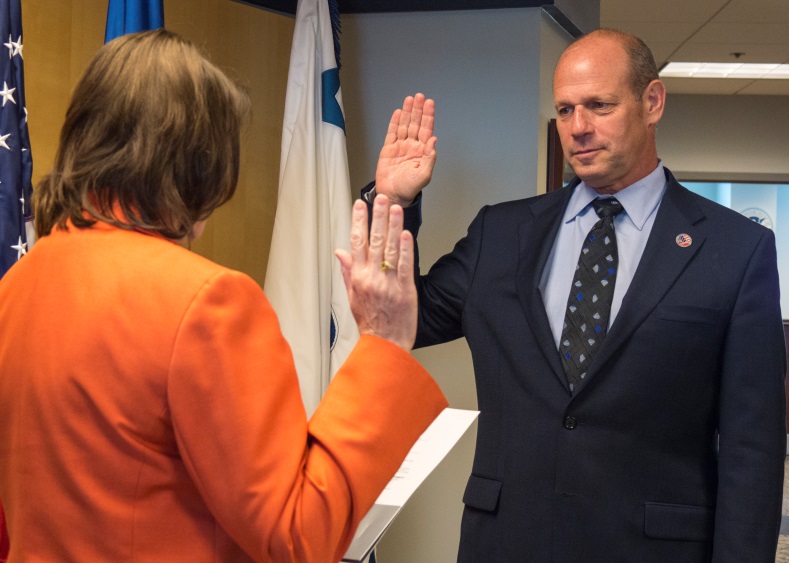 Leon Rodriguez was sworn in today as the director of U.S. Citizenship and Immigration Services (USCIS) during a ceremony at USCIS headquarters. Rodriguez, born in Brooklyn, and raised in Miami, comes to USCIS with a broad legal background and will lead the nearly 18,000 employee agency charged with administering the nation’s immigration and naturalization system.

“This is both an exciting and challenging time for USCIS,” Rodriguez said. “Our role in administering our nation’s immigration and naturalization laws has never been more important. I look forward to working with the entire USCIS family, including our partners and constituents, to ensure that our mission is carried out with fairness and integrity.”

Leon Rodriguez was confirmed by the Senate in June 2014 as the director of USCIS. He previously served as the director of the Office for Civil Rights at the Department of Health and Human Services, a position he held from 2011 to 2014. From 2010 to 2011, he served as chief of staff and deputy assistant attorney general for civil rights at the Department of Justice (DOJ). Previously, Mr. Rodriguez was county attorney for Montgomery County, Maryland from 2007 to 2010. He was a principal at Ober, Kaler, Grimes & Shriver in Washington, D.C. from 2001 to 2007. He served in the United States Attorney’s Office for the Western District of Pennsylvania from 1997 to 2001, first as chief of the White Collar Crimes Section from 1998 to 1999 and then as first assistant U.S. Attorney until his departure. Prior to joining the U.S. Attorney’s Office, Mr. Rodriguez was a trial attorney in the Civil Rights Division at DOJ from 1994 to 1997 and a senior assistant district attorney at the Kings County District Attorney’s Office in New York from 1988 to 1994. He received a B.A. from Brown University and a J.D. from Boston College Law School.