Immigration Article of the Day: UN-TORTURING THE DEFINITION OF TORTURE AND EMPLOYING THE RULE OF IMMIGRATION LENITY by Irene Scharf 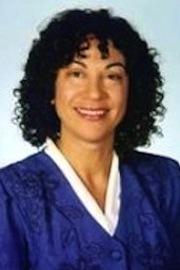 It is no small irony that the United Nations Convention Against Torture and Other Cruel, Inhuman or Degrading Treatment or Punishment, whose primary purpose is to protect potential torture victims from deportation to countries where they are likely to be tortured, defines torture in such a narrow way that victims are unlikely to gain the protection promised. The United States has interpreted the definition of torture differently from the more than 153 other signatories of the Convention, adding a requirement that torture be “specifically intended.” Moreover, the Board of Immigration Appeals and several federal courts have interpreted the specific intent requirement even more narrowly than initially intended. This article outlines the havoc that this tortured definition of torture creates for immigrants facing deportation to potentially torturing countries, and offers possible solutions to the problem, including invoking a robust principle of Immigration Lenity.