From the Bookshelves: European Asylum Law and the Rights of the Child by Ciara Smyth 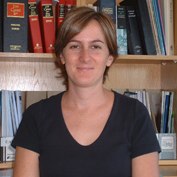 European Asylum Law and the Rights of the Child by Ciara Smyth, Routledge – 2014 – 296 pages Series: Routledge Research in Asylum, Migration and Refugee Law

The child asylum seeker poses unique challenges for reception and refugee status determination systems, not least because the child is entitled to have his or her rights as a child respected as a matter of international and regional human rights law. In the last decade the European Union has increasingly engaged with children’s rights, with the entry into force of the Lisbon Treaty in December 2009, and a new Article 3(3) of the Treaty on European Union that commits the Union to promoting the ‘protection of the rights of the child.’ This book addresses the question of whether the Common European Asylum System (CEAS) complies with the rights of the child. It contrasts the normative standards of international child rights law with the treatment of child asylum seekers and refugees in the CEAS. Ciara Smyth identifies the attributes of the rights of the child that are most relevant to the asylum context and systematically examines whether and to what extent those attributes are reflected in the existing and proposed CEAS legislation. The book goes on to assess whether the CEAS instruments direct Member States to comply with the rights of the child, offering a comprehensive examination of the place of the child within European asylum law and policy. The book will be of great use and interest to scholars and students of international law, immigration and children’s rights studies.