ABA President Weighs in on Unaccompanied Minors from Central America 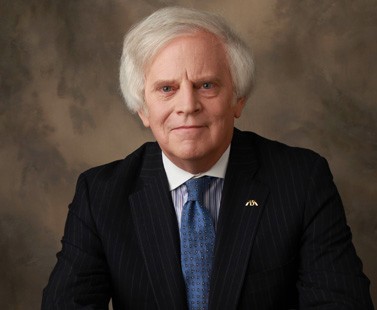 In testimony by before the U.S. House of Representatives Committee on the Judiciary on June 25, James R. Slikenat, President of the American Bar Association offers some views on the much-publicized spike in unaccomapnied minors from Central America coming to the United States:

"The reasons that children immigrate to the United States are often complex and multifaceted. Children express both push and pull factors that cause them to leave their home countries and seek protection, opportunity, and family reunification in the United States. Reasons include escaping from abuse and very real threats by powerful and violent street gangs, including the 18th Street gang and the Mara Salvatrucha gang. These gangs frequently engage in forced recruitment of teenage boys, sexual slavery of teenage girls, and targeted extortion efforts, often focusing on children with parents and extended family members in the United States. The gangs are terrifying and relentless in their efforts to exact compliance. A more recent phenomenon, children are fleeing these countries due to threats by multinational drug trafficking organizations, demanding that children act as drug mules or look-outs for illicit cartel activities. Furthermore, many of the children ProBAR [an ABA project in South Texas] represents have been abandoned, abused, or neglected in their home countries by parents or by extended family members. In most cases involving children, there are multiple factors that fuel the decision to migrate to the United States; however there is no question that the increasing violence and lawlessness in El Salvador, Guatemala, and Honduras is a major cause of the recent influx.

There is no question that the rapid increase in unaccomp anied children entering our country presents many difficult challenges . However, in the rush to address the current crisis, the United States cannot abandon the principles of fairness and due process that make this country a beacon a light and hope for those suffering persecution around the world. Any short - or long - term solutions designed to address the influx of children must bear this ideal firmly in mind."

The United States Conference of Catholic Bishops offered similar testimony on the issue.

I am pleased to learn that Mr. Silkenat has covered in great detail the reasons for why the unaccompanied minors are fleeing in such large numbers. As an immigration attorney, I encounter a lot of disbelief from the Federal Government officials regarding the dangerous reality of growing up in Central America. I hope that the lawmakers will carefully consider Mr. Silkenat's testimony.

Creating a fast track deportation process for these minors is hardly the solution for this crisis.