Immigration Article of the Day: Cooperative Immigration Federalism and Executive Power: The Making and Unmaking of Immigration Policy Post-DACA by Ming Hsu Chen 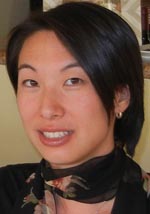 Abstract: In the last two years, all three branches of the federal government and states-localities have weighed in on immigration policy. In light of this expanding policy landscape, this Article attempts to provide new frameworks for thinking about the politics of immigration. It does this in several ways. First, it seeks to advance the immigration federalism discussion prominent in the last decade of legal scholarship beyond the normative dimension – whether states should be involved in immigration policy – to consider how states can be involved. Second, the article looks beyond doctrinal analysis – in particular, the doctrine of preemption that has anchored landmark Supreme Court decisions such as Arizona v. United States – to broader concepts that shed light on new and noteworthy features of recent policy developments such as President Obama’s Deferred Action for Childhood Arrivals and ensuing inclusionary state-local measures. Building on cooperative federalism and policy feedback literatures in law and political science, it identifies “cooperative immigration federalism” as a noteworthy breed of shared governance that decenters Congress and statutes as the sole sites of immigration law and policymaking. Also, rather than describing policy relationships in terms of static pairings of vertical and horizontal power, it traces dynamic policy feedback loops that link the Executive branch, regulatory agencies, states, and local communities in policymaking. Ultimately, the Article attempts to contribute to the new voices in immigration scholarship that provide fresh frameworks for understanding the making and unmaking of immigration policy in contemporary times.