From the Bookshelves: Making Hispanics: How Activists, Bureaucrats, and Media Constructed a New American by G. Cristina Mora 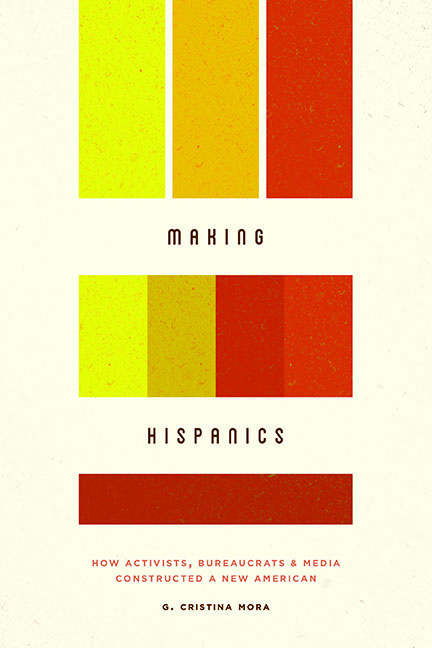 How did Puerto Ricans, Mexicans, and Cubans become known as “Hispanics” and “Latinos” in the United States? How did several distinct cultures and nationalities become portrayed as one? Cristina Mora answers both these questions and details the scope of this phenomenon in Making Hispanics. She uses an organizational lens and traces how activists, bureaucrats, and media executives in the 1970s and '80s created a new identity category—and by doing so, permanently changed the racial and political landscape of the nation. Some argue that these cultures are fundamentally similar and that the Spanish language is a natural basis for a unified Hispanic identity. But Mora shows very clearly that the idea of ethnic grouping was historically constructed and institutionalized in the United States. During the 1960 census, reports classified Latin American immigrants as “white,” grouping them with European Americans. Not only was this decision controversial, but also Latino activists claimed that this classification hindered their ability to portray their constituents as underrepresented minorities. Therefore, they called for a separate classification: Hispanic. Once these populations could be quantified, businesses saw opportunities and the media responded. Spanish-language television began to expand its reach to serve the now large, and newly unified, Hispanic community with news and entertainment programming.

Through archival research, oral histories, and interviews, Mora reveals the broad, national-level process that led to the emergence of Hispanicity in America.