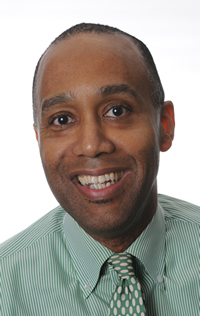 The University of Houston Law Center announced yesterday that Professor Leonard M. Baynes of St. John's University School of Law has been selected as the new dean of the Law Center. The recommendation will be submitted to the UH System Board of Regents for consideration on May 7.

In addition to his teaching duties at St. John’s, Baynes is the inaugural director of The Ronald H. Brown Center for Civil Rights and Economic Development. Baynes was among six finalists chosen by a search committee to replace interim dean Richard M. Alderman. If approved by regents, Baynes will assume his new position on Aug. 15.

Baynes earned his J.D. degree from Columbia Law School in 1982. He also earned a MBA from Columbia in 1983 and his B.S. in Finance and Economics from New York University in 1979. At St. John’s he teaches Business Organizations, Communications Law, Perspectives on Justice, Race and the Law, and Regulated Industries. Prior to joining the St. John’s faculty in 2002, he taught at Western New England University School of Law in Springfield, Mass., beginning in 1991. He served part-time as a scholar-in-residence for the Federal Communications Commission from 1997-2001. From 2005 to 2013, Baynes raised approximately $1.6 million from foundations, law firms, corporations, New York State and city, and others to fund academic conferences and other activities of The Ronald H. Brown Center.