Watch Immigrant of the Day on the Academy Awards 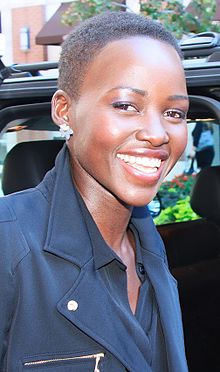 The long-awaited night of the Academy Awards is upon us!

ImmigrationProf previously profiled Immigrant of the Day Lupita Nyong'o, who is nominated for Best Supporting Actress for her role as the abused slave Patsey in the powerful indictment of American slavery 12 Years a Slave (2013).  (I must say that I am not sure that I could again sit through that horrific flogging scene of Patsey near the end of the film.).  Nyong'o already has won the Screen Actors Guild and Critics' Choice Award for Best Actress in a Supporting Role, and was nominated for the Golden Globe and BAFTA.

In a particularly strong field, the nominees for Best Supporting Actress are:

By the way, I saw all of these performances and must say that the group of films is a very dark representation of life in past and present America.

By the way, I will be watching the Oscars tonight and rooting for my college roomate Joe Letteri to add to his collection of Oscars for Best Visual Effects in The Hobbit.