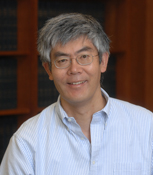 Professor Motomura is an influential scholar and teacher of immigration and citizenship law. He is a co-author of two immigration-related casebooks, and he has published many significant articles and essays on immigration and citizenship. His book, Americans in Waiting: The Lost Story of Immigration and Citizenship in the United States, published in 2006, won the Professional and Scholarly Publishing Award from the Association of American Publishers as the year’s best book in Law and Legal Studies, and was chosen by the U.S. Department of State for its Suggested Reading List for Foreign Service Officers. A companion volume, Immigration Outside the Law, will be published by Oxford University Press in 2014.