Immigration Article of the Day: Enforcing Masculinities at the Borders by Jamie R. Abrams 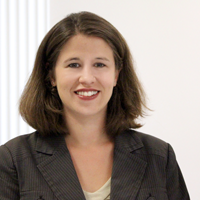 Abstract: “American men have no history,” declared pioneering masculinities scholar, Michael Kimmel. Masculinities, the study of how men relate to each other and construct their identities, can be used as a powerful sociological and legal tool to understand institutions, power structures, and human relations. While the history of American immigration law has revealed rich multi-dimensional narratives of class, race, and domestic and international politics, sparse historical work has considered the masculinities dimensions of immigration law. This Article considers how unpacking the masculinities dimensions of our paradigmatic shifts in immigration policy might offer an additional - even unifying - dimension to previously disparate and divergent immigration laws worthy of further research. This Article concludes that it is critical to make masculinities visible in immigration law and policy to understand how dominant masculine imperatives shape citizenship itself.