Justin Bieber is not John Lennon

Justin Bieber is a big pop star. John Lennon was a popular music icon that influenced generations of fans and musicians. For others, like me, Lennon also was an important social and political commentator.

Justin Bieber is not John Lennon, but like Lennon, Bieber should not be deported. 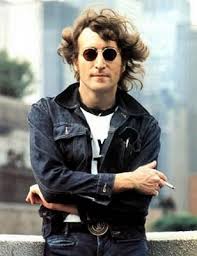 While here on a temporary visa in 1972, Lennon performed at rallies organized to protest the United States’s involvement in the Vietnam War. This caught the attention of President Richard Nixon, who ordered immigration officials to make sure that Lennon was removed after his visa expired. But Lennon and his wife, artist Yoko Ono, had something else in mind. They had come to the United States in large part to seek custody of Ono’s daughter by a former marriage to a U.S. citizen. In the process, they each decided to seek lawful permanent resident status in a category reserved from individuals of “exceptional ability in the sciences or the arts.” After deportation proceedings were commenced, an immigration judge granted Ono’s application, but denied Lennon’s and ordered him deported.  Lennon’s artistic standing was indisputable, but the judge ruled that Lennon was excludable because of a 1968 British conviction that Lennon suffered for possession of hashish. A federal court of appeals disagreed and granted Lennon’s application, ruling that the British conviction did not fall within the U.S. marijuana exclusion law.

While Lennon was vilified by the Nixon administration, Bieber is the subject of a petition campaign on the White House website calling on the administration to revoke his status (actually a temporary work visa) because he is a “dangerous” and “drug abusing” threat to the “safety” of the American people. The petition is based on Bieber’s recent run-ins with police related to throwing eggs at his neighbor’s house, driving under the influence, and assaulting a limo driver.

Should we deport Bieber or revoke his visa? No. Paying restitution, community service, and maybe a rehab program seem more appropriate. Yet, every day, the United States deports lawful immigrants and refugees who have been convicted of minor offenses such as shoplifting and writing bad checks. Yes, some have committed more serious crimes involving violence or narcotics, but all have been incarcerated, then deported on top of that.

As a legal services attorney in San Francisco in the 1970s, I represented a number of clients who were being deported because of crimes they had committed. "John," who immigrated as a kid from Hong Kong, had become a gang member. "Linda" was a woman from Canada who came with her parents as a toddler and later became a prostitute. After both were released from prison, I was able to help them convince an immigration judge that they were rehabilitated and on the road to a crime-free life. They were given a second chance, and to this day, both lead stable, productive lives.

Things have changed. After reforms in 1996, the law no longer affords those in John's and Linda's shoes a second chance. In the process, many non-citizens of countless other nationalities are removed from the United States where they have spent their formative years. Most of the convicted lawful residents and refugees have one thing in common under U.S. immigration laws: they are regarded as aggravated felons. Virtually no relief from deportation is available to aggravated felons. Issues of rehabilitation, remorse, family support in the United States, and employment opportunities are irrelevant to an immigration judge's determination of their deportability.

Ridding the country of criminal elements sounds like an admirable goal, but using deportation as the means to achieving this goal is wrong-headed. The impact that deportation has on family members who remain and employers should be devastating. Many deportable foreign nationals have resided in the United States since infancy. Also, deportation implies a failure on the part of the criminal justice system to rehabilitate incarcerated persons, forcing them to serve sentences imposed by U.S. courts and leave the country immediately afterwards in order to protect the public. Rethinking removal and developing reasonable alternatives is a challenge that requires immediate attention. Our current deportation policy destroys the lives of those who fall prey to it and destroys U.S. families and communities in the process. Nothing is gained, and ultimately, we all lose. Congress should reinstate pre-1996 discretion to immigration judges to enable them to make a fair assessment of whether an immigrant deserves a second chance. Short of that, ICE needs to exercise its discretion to grant a probation-type period to individuals to assess their behavior.

The experiment that we call America is a test of our character and our willingness to believe that we can have a strong country that is caring and diverse. Showing compassion and fairness in our immigration policies is not a sign of weakness. Rather, those traits demonstrate a confidence in a rule of law and system of government that metes out punishment when necessary, but understands that regulating the lives of those who seek to live within our borders must be done with compassion, dignity, and understanding. As in previous generations, there is much to admire about individuals who come to our shores seeking freedom and a better life. Whether they are fleeing persecution or entering to seek work in order to better their lives, the newcomers of today are not much different from those of the past. As they become part of our neighborhoods and communities, some may make mistakes, but we do well to remember that supporting rehabilitation, giving a second chance, and providing ways for individuals to mature are essential elements of a civil society. When an individual finally turns the corner and becomes a contributing member, the entire community benefits -- socially, emotionally, and economically.

Just as John Lennon and Justin Bieber deserve second chances, so do lawful immigrants and refugees who have made a mistake.