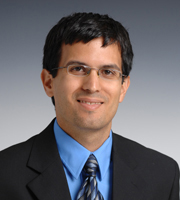 Abstract: Scholars from a variety of disciples have begun to map the contours of crimmigration law, the convergence of criminal law and immigration law, in the United States. None, however, has explained why these two bodies of law, long operating mostly independently of each other, began to intersect with increasing frequency and severity in the closing decades of the twentieth century and not earlier. This Article unravels the political and legal shifts that occurred in the United States during this period to provide a historically contextualized explanation of crimmigration law’s creation. Specifically, this Article contends that, in the aftermath of the civil rights movement, overt racism became culturally disdained and facially racist laws impermissible. Derision of people of color, however, did not cease. Instead, racism hid behind a veneer of facially neutral rhetoric to find a new outlet in laws penalizing criminal activity. A few years later when immigration became a national political concern for the first time since the civil rights era, policymakers turned to criminal law and procedure to do what race had done in earlier generations: sort the desirable newcomers from the undesirable.

See INS v. St. Cyr, the first real judicial review of that nasty piece of work from Congress, the IIRIRA.