Apple v. Samsung: Anti-Foreign, Anti-Asian Appeals to the Jury? You Make the Call 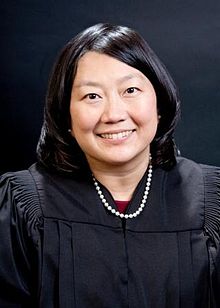 Apple Insider and other media outlets have reported on U.S. District Court Judge Lucy Koh's denial of motions last Friday in the landmark Apple v. Samsung patent trial. In the order, Judge Koh denied both parties' motions, including Samsung's request for new trial on the November retrial for damages. In the 2013 retrial, Apple was awarded $290 million, which brings the total damages amount from the original Apple v. Samsung trial up to over $900 million. Each side argued, however, that the jury got it wrong. Apple pushed for a larger award of damages, while Samsung sought to reduce the damage award and a new trial.

Judge Koh quickly dismissed the entirety of Apple's motion and did much the same with Samsung's arguments.   Samsung made a number of arguments for a retrial, but the most interesting was the claim that Apple counsel im[prermissibly appealed to to racial, national origin, and ethnic prejudice. Judge Koh found at least part of Apple's closing statement "troubling."

Samsung cited the following excerpt of Apple's closing argument as an appeal to prejudice:

"We are extremely fortunate to live in what I'll call the Greater Bay Area. Not only is it beautiful, but we live in the center of one of the most vibrant economies in the world. Intel, Yahoo, Oracle, Facebook, eBay, and hundreds and hundreds of other companies, including Google, and including Apple, and these companies attract talented employees at every level. Even, we heard, Samsung has opened a research center here so that they can take advantage of the talent in this area.

The companies provide jobs. They create technology that improves the way people work. And the company — and this economy supports an education system that is second to none in the world, Berkeley, Stanford, San Jose State, U.S. [sic] Santa Cruz, even Santa Clara where I went to school.

If we allow that system of law to decay, investors will not invest, people will not take risks, and our economy will disappear.

When I was young, I used to watch television on televisions that were manufactured in the United States. Magnavox, Motorola, RCA. These were real companies. They were well known and they were famous. They were creators. They were inventors. They were like the Apple and Google today.