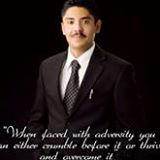 As it promised  in tantalizing fashion on New Year's Eve, the California Supreme Court today ruled that Sergio Garcia could be licensed to practice law in California.

In an opinion written by Chief Justice Tani Cantil-Sakauye, a unanimous California Supreme Court ruled that the California State Bar's Committee of Bar Examiners' motion to license Sergio Garcia as an attorney in the State of California should be granted. The Court rejected the claim that undocumented immigration status makes a bar applicant per se ineligible for a bar license.

It has been a long and winding road for Sergio Garcia, who was brought to the United States by his undocumented immigrant parents from Mexico when he was a toddler.  His parents have since regularized their immigration status and Garcia, who has filed all of the necessary paperwork, is awaiting a visa to be issued to him.

A product of the California public elementary and secondary schools, Garcia put himself through California State University, Chico and then attended an unaccredited law school, California Northern, in his hometown of Chico.  Garcia passed the challenging California bar exam on the first try and then convinced the Bar Examiners that he had the moral character necessary to practice law.  Among other things influencing that determination was that Garcia had fully disclosed on his bar application that he was undocumented.

In the spring of 2012, the California Supreme Court issued an order to show cause why Garcia should be admitted to practice law and invited briefing on a number of immigration law and policy issues.  In the briefing, which was completed in the fall of 2012, the Obama administration opposed Garcia's admission, claiming that federal law required an affirmative legislative enactment in order to license an undocumented immigrant to practice law.  Oral arguments were held in the case in September 2013 and many of the questions centered on whether a state legislative enactment was necessary.  To address the issue, the California legislature with bipartisan support in speedy fashion passed a law, signed by Governor Jerry Brown, making undocumented immigrants eligible to practice law.  The Supreme Court invited further briefing on the question of the effect of the California legislature's action.  After briefing was completed, the Court issued its opinion, one day after the legislative enactment went into effect.

Although he joined the opinion, Justice Ming Chin filed a concurrence, stating that the Court had previously used the term "unauthorized alien" in Martinez v. Board of Regents, not "undocumented immigrant," as used in the Garcia opinion.  Justice Chin was the author of the Martinez opinion.