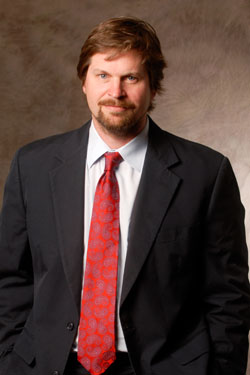 On December 2, the King County Council in Seattle passed by a 5-4 vote the latest local measure defying Secure Communities and restricting the County’s compliance with federal immigration detainers.  The ordinance (the text of which can be accessed by visiting this page and then clicking the “Reports” tab and then selecting “Legislation Text”) limits detainer compliance to cases involving adults who have been convicted of a “violent, serious, sex, or serious traffic offense” (such offenses are defined with more specificity in the ordinance).  No detainers will be honored for juveniles.

With this ordinance, King County joins a growing list of counties and cities that have passed measures resisting Secure Communities by limiting detainer compliance, including:

The anti-cooperation trend has recently extended to include state-level resistance as well.  In 2013, Connecticut and California passed “TRUST” (Transparency and Responsibility Using State Tools) acts, which limit compliance with ICE detainers. . Similar legislation has been proposed in Florida, Massachusetts, and Washington.

In King County, as elsewhere, multiple forces, including a coalition of community organizations, were arrayed against Secure Communities and in favor of limiting compliance with ICE detainers.  The King County Council cited “public testimony from various individuals, organizations, and immigrant advocates in King County” as supportive of its findings.  The key notes struck in King County were the same ones sounded in other jurisdictions resisting Secure Communities: the failure of Secure Communities to actually live up to its claimed priority of targeting serious criminals (a recent study on point was discussed on CrImmigration.com here  in September); the financial costs imposed upon the locality by detaining prisoners for the federal government (implicating Tenth Amendment “unfunded mandate” concerns); and the costs to community safety by intertwining local law enforcement with immigration enforcement.

Underlying the detainer resistance movement, but often less prominently mentioned in public pronouncements, is a concern with invidious race discrimination.  (In a forthcoming article, I draw the conclusion that the detainer resistance movement “belongs to a tradition of expressed state resistance to rendition in the name of civil rights”—a tradition that includes abolitionists resisting the rendition of fugitive slaves and NAACP resistance to the rendition of alleged criminal fugitives to southern states where lynching was commonplace.)  A prelude to Santa Clara County’s detainer policy was a resolution in which the Board of Supervisors expressed concern that entangling local law enforcement with federal immigration enforcement “subject[s] individuals to racial profiling.” The California TRUST Act as originally written in 2011 would have required any jurisdiction continuing to participate in Secure Communities to develop a plan to guard against racial profiling.  (The California Senate deleted the racial profiling provision in August 2012 and it did not reappear in the final version of the TRUST Act.)  And King County, for its part, relied in part upon a University of Washington study finding that “detainer requests disproportionately impacted Latinos.”

Christopher N. Lasch is an Assistant Professor at the University of Denver Sturm College of Law, where he co-teaches the Criminal Defense Clinic.