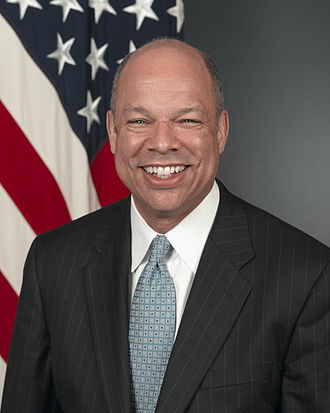 Today, the U.S. Senate by a 78-16 vote confirmed attorney Jeh Johnson to lead the Department of Homeland Security.  In October, President Barack Obama nominated Johnson to replace Janet Napolitano, who became President of the University of California.

Johnson will take the helm at DHS, overseeing national security, immigration, and disaster response.  From 2009-12, he was General Counsel of the Department of Defense and is known as a national security expert. In 2010, the Secretary of Defense appointed Johnson to co-chair a working group to study the potential impact of a repeal of the military's "Don’t Ask, Don’t Tell" policy. The report concluded that the risk to overall military effectiveness of a repeal would be low.  The "Don't Ask, Don't Tell " policy was repealed in 2011.