Immigration Article of the Day: At the Edge of US Immigration’s “Halt of Folly:” Data, Information, and Research Needs in the Event of Legalization by Fernando Riosmena 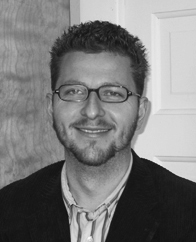 At the Edge of US Immigration’s “Halt of Folly:” Data, Information, and Research Needs in the Event of Legalization by Fernando Riosmena, University of Colorado at Boulder.

Executive Summary Virtually all accounts of the state of the US immigration system point to its patently broken condition, with the presence of almost 12 million people without legal status paramount to this characterization. Because of several recent developments including continued and renewed interest in regularizing the status of most unauthorized migrants in executive and legislative branch agendas, the Center for Migration Studies of New York, with support from the John D. and Catherine T. MacArthur Foundation, convened a group of immigration specialists, researchers, scholars, and advocates in Washington, DC in September 2013 to discuss potential data, information, and research needs in the event of the enactment of large-scale legalization programs for the unauthorized population.

This paper describes the results of this one-and-a-half day discussion. It begins with a description of the contours of a legalization program if it were to follow a similar form as S. 744, the Border Security, Economic Opportunity, and Immigration Modernization Act passed by the Senate in June 2013. In addition to being the most recent effort in this area, S. 744 includes a relatively complex set of conditions for “earning” legalization. A number of data, information, and research needs would need to be met to ensure the proper implementation of such a program. First, planning for effective local outreach and service delivery efforts requires estimating the eligible population at finer-scale geographies; understanding financial and time disincentives to apply and adhere to the program and skill levels required; assessing capacity in service delivery relative to the size and service needs of the local eligible population; tracking the progress of applicants through the legalization process; and understanding effective forms of outreach and service delivery. Second, assessing the effects of legalization on immigrant integration, future immigration, and fiscal and economic life in the United States would include anticipating the effects of legalization on eligibility and use of locally- and state-provided services by the legalized and their families.

Within the discussion of these issues, the paper describes recent and potential efforts to develop methodologies, partnerships, and evaluation and tracking systems by different stakeholders and organizations to ensure and assess the short- and long-term effectiveness of legalization efforts. In doing this, it alludes to the lessons of past regularization programs addressed during the meeting including the Immigration Reform and Control Act of 1986 and the Deferred Action for Childhood Arrivals program.

Although the volatile political climate may make a full-fledged legalization program unlikely in the near future, waiting to plan for such a possibility until after legislation passes would be ill-advised. Because such a discussion may also help shape the parameters of how legalization takes place, fora like that provided by this meeting are valuable vehicles to organize and mobilize knowledge, and should be thus continued and expanded.