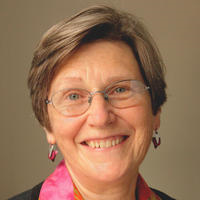 The UC Davis School of Law is pleased to present the Dr. Martin Luther King Jr. Lecture on Social Justice featuring Sister Simone Campbell. Campbell will deliver a lecture titled, "We the People: The Challenging Intersection of Law & Politics" on Tuesday, Oct. 29, at 4 p.m. at King Hall on the UC Davis campus. Campbell is a 1977 graduate of the School of Law.

Campbell is the executive director of NETWORK, a national Catholic social-justice lobby based in Washington, D.C. Campbell is a religious leader, attorney and poet with extensive experience in public policy and advocacy for the poor. In Washington, she lobbies on issues of peace-building, immigration reform, health care and economic justice. During the 2010 congressional debate about health-care reform, she wrote the famous "nuns' letter" supporting the reform bill. This action was cited by many as critically important in passing the Affordable Care Act. She was thanked by President Obama and invited to the ceremony celebrating its being signed into law.

In 2012, Campbell was instrumental in organizing the "Nuns on the Bus" tour of nine states to oppose the "Ryan Budget" approved by the House of Representatives. Campbell was a featured speaker at the 2012 Democratic National Convention, and "Nuns on the Bus" received media attention across the nation. Campbell has often been featured in the national and international media, including "60 Minutes," "The Colbert Report" and "The Daily Show with Jon Stewart."

UC Davis School of Law is housed in King Hall, named for Dr. Martin Luther King Jr. in honor of his pursuit of civil rights, equality, and education.