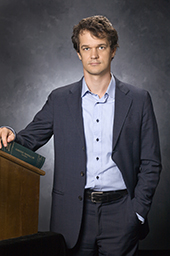 Prosecutorial discretion in immigration has been a hot topic the last few years.  New immigration law professor Jason Cade at Georgia Law has an interesting take on the topic through the lens of the Fourth Amendment as applied to recent developments in North Carolina.

Abstract: A persistent puzzle in immigration law is how the removal adjudication system should respond to the increasing prevalence of violations of noncitizens’ constitutional rights by arresting officers. Scholarship in this area has focused on judicial suppression of unconstitutionally obtained evidence, typically by arguing that the Supreme Court should overrule its 1984 decision in INS v. Lopez-Mendoza not to enforce the exclusionary rule in civil immigration court. This Essay, in contrast, considers the role of Immigration and Customs Enforcement (ICE) attorneys in upholding the Fourth Amendment, taking as a launching point the recent exercise of prosecutorial discretion by ICE attorneys in Charlotte, North Carolina in cases arising from systemic unlawful policing. Part I briefly describes how ICE's lawyers in the Charlotte immigration court have closed deportation cases against noncitizens arrested through unlawful policing by local officers in North Carolina, following a Department of Justice report on the discriminatory targeting of Latinos in Alamance County, North Carolina. The Essay then explores two potential bases for an ICE prosecutor’s decision to take remedial action when arresting officers violate the constitution. First, Part II examines ICE prosecutors’ constitutional responsibilities as executive branch attorneys in light of the Supreme Court’s decision to underenforce the Fourth Amendment in the context of immigration arrests. Part III then considers whether ICE’s remedial actions in North Carolina comport with internal agency guidelines for exercising prosecutorial discretion in deportation cases.