Op-ed of the Day: Pratheepan Gulasekaram and Karthick Ramakrishnan on the Link between DACA and CA's Driver's License Law 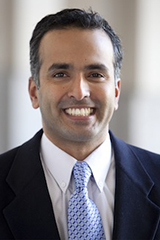 Immigration law professor, Pratheepan Gulasekaram, Associate Professor of Law at Santa Clara Law School, and Karthick Ramakrishnan, Associate Professor in the Political Science Department at the University of California at at Riverside, co-authored an op-ed in the San Jose Mercury News arguing the link between President Obama's Deferred Action for Childhood Arrivals (DACA) program and the passage of a law in California allowing undocumented immigrants to obtain a driver's license.

"When Gov. Jerry Brown signed a bill expanding immigrants' access to driver's licenses Oct. 3, he reversed a law passed almost precisely 20 years earlier forbidding undocumented immigrants from obtaining them. The same trend can be seen nationwide. Within the past year, the number of states opening their DMVs to such drivers has nearly quadrupled, from three to 11.

Some would explain this development by pointing to the growing political clout of Latinos, or to Democratic control over some state governments. Although both are important factors, our research suggests that this is actually a domino effect — possibly one of several to come -- of the Obama administration's Deferred Action for Childhood Arrivals, or DACA, program, announced in June 2012."

Here's the link to the op-ed: