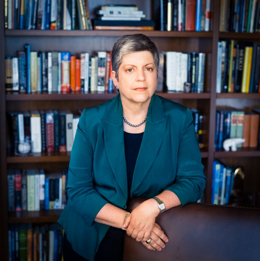 Here is some more good news from California.  New University of California President Janet Napolitano has announced that UC will devote $5 million to provide special counseling and financial aid to undocumented students. The former Homeland Security Secretary made the announcement in her first public address since she became head of the UC system a month ago.   Some students had expressed concern with President Napalitano's record-setting numbers of deportations as head of the Department in the Obama administration, which has removed more noncitizens than any administration in U.S. history.