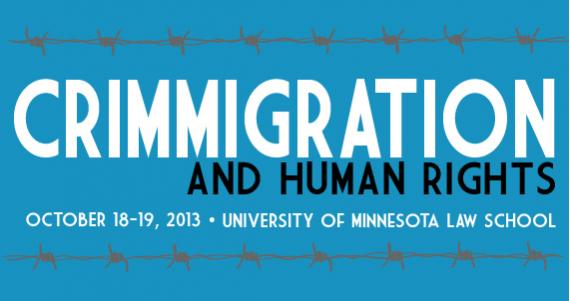 The University of Minnesota and the Robina Foundation are hosting a conference on Crimmigration.   As migration flows around the world have increased in recent years due to factors such as armed conflict, economic dislocation, and climate change, national governments have increasingly turned to criminal law to regulate their borders and exclude large numbers of noncitizens. Many states have increased the number and scope of criminal offenses justifying deportation, increased penalties for immigration-related conduct, and criminalized immigrant status itself through detention of non-citizens. States have in effect created a separate criminal law system for noncitizens, one that features harsher penalties, less discretion, and fewer due process protections than the system affords to citizens. This dual criminal justice system has important racial, ethnic, and human rights implications.

The workshop will examine these intersections of criminal and immigration law in a comparative context. Presenters will analyze current state practices and consider recommendations for reform.Participants include

KATJA FRANKO AAS Institute of Criminology and Sociology of Law, University of Oslo