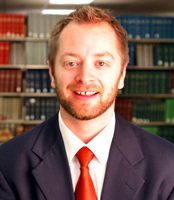 Yesterday, President Obama renewed his call for the House to act on immigration reform. Of course, the last few months have seen ups and downs as both sides try to outline plans for overhauling the immigration system. The bi-partisan senate bill proposed a variety of measures, including added surveillance and drastically increased numbers of officers on the ground as well as a (long) path to citizenship for undocumented immigrants currently in the country. As announced Wednesday, Rep. Darrell Issa (R-Calif.) plans to announce a bill that also includes legalization provisions (though not as long-term or far-reaching as the Senate bill). The proposed border surge, or the doubling of Border Patrol agents to 40,000, has been touted as a positive aspects of these debates. However, putting this surge in a little more historical perspective might (at least) cause us to question whether more boots on the ground might also lead to increased migrant deaths.

On Sept. 26, 2013, the Pima County Medical Examiner (PCME) in Tucson, Arizona reported 148 migrant deaths since Jan. 1 of this year. This number only represents the number of remains found or delivered to the Pima County office (which probably significantly undercounts the actual number of deaths just in Arizona) within its jurisdictional boundaries, which stretch from south of Tucson to Yuma. For the past three years, I have been making periodic trips to the border region while producing a documentary film about humanitarian response to these deaths, and have interviewed aid workers as well as recently deported individuals in Mexico.

Prior to Operations Hold the Line in El Paso and Gatekeeper in San Diego in the early/mid 1990s, the Border Patrol had just over 4,000 officers patrolling U.S. borders. During a surge in hiring after these programs went into effect, the number of officers more than doubled from 1992 to 2004 to around 11,000, when President Bush authorized an additional 10,000 officers, effectively doubling officer numbers once again – bringing us to our current total of approximately 20,000 officers. In this regard, the current pressure to double the number of “boots on the ground” is only another step in an expansion process that has been moving steadily forward since the early nineties. Of course, in regards to migrant deaths, these numbers don’t really mean anything on their own. However, if we compare the number of migrant deaths during this same time period, the results are fairly striking. In 1992, the PCME reported 5 unidentified border crosser (UBC) deaths, and between 1990 and 1999, the office handled an average of 12 UBC deaths a year (with a high of 21 in 1997). After the Border Patrol began to expand and change its enforcement practices, these numbers began to rise quickly. In 2000 and 2001, PCME handled 71 and 74 UBC deaths, respectively, and from 2002 to 2012, PCME averaged over 160 UBC deaths each year (with a high of 225 in 2010). The year-to-date total (as of Sept. 26) in 2013 of 148 UBC deaths puts us on track for around 200 deaths this year, an increase over the past two years, despite reportedly lower numbers of undocumented crossers overall.

These numbers, and related research, suggests that the past expansion of officers and fencing along the U.S.-Mexico border, with its emphasis on protecting more populated areas while leaving the more remote and desolate desert areas relatively open, has created what the has been called the “funnel effect,” where migrants have been driven to cross in the more dangerous and remote parts of the border. It may also have increased reliance on paid smugglers (or “coyotes”). As a result, the numbers of deaths have skyrocketed since 2000, and have not decreased in line with recent general migration estimates. In fact, we know from Congressional Research reports that the government knew it was forcing migrants into more dangerous regions when it passed earlier legislation. The government expected migration rates to decrease, but also recognized that those crossing in more remote areas were at much greater risk of death. As it turns out, rates actually increased and the number of deaths followed suit.

So, what does this mean for current policy debates about overhauling the current broken system? I am not particularly critical of the claim that increased surveillance has the potential to detect crossers and ultimately save lives. But I am concerned that the so-called “virtual human fence” proposed as part of a surge to 40,000 officers will be deployed in a way that further aggravates problems with existing enforcement practices. I don’t think anyone actually expects an officer every 1,000 feet along the border (we do have a rather lengthy border with Canada, as well, in case we’ve forgotten, and it’s probably not politically expedient to send officers where no one but the crossers will ever notice them). Even if we stipulate (for present purposes) that the U.S. has an obligation (or a right) to close its borders completely, I think we need to design our enforcement strategies in a way that doesn’t predictably increase human suffering. Of course, security is not a remedy in and of itself. If we are to secure a 1900+ mile long border with a country plagued with violence and poverty, we also need to seriously consider addressing the reasons most of these people are attempting to cross in the first place.

In my interviews with recently deported migrants in Nogales, Sonora, over the past months, it appears apparent that many of these individuals are undeterred by the fact that the border is harder to cross now than it was a few years ago (and many of them have experienced the crossing multiple times and are aware of this). Those seeking reunification with family (wives, husbands, children, parents) in the U.S. have a strong incentive to cross, whatever the cost. Many of them are also willing (and expecting) to work when they get here. Providing legalization (whether or not it leads to citizenship) must play a prominent role in reform, and we must also reassess our current policies that separate families across international borders. Reinforcing the safer crossing points may predictably increase the number of deaths, and deporting fathers or mothers who have spouses and children in the US provides strong incentive to cross again, no matter the personal risks. This creates a bad mix: more deadly crossing conditions and built-in incentives to try anyway. If that means increased numbers of people crossing in the desolate stretches of the sparsely-populated American Southwest, with or without the aid of a coyote (who may or may not be affiliated with a cartel), it seems our policy choices have played a role in sending people to their deaths on our own land for over a decade. It is imperative we don’t make the same mistakes as we “reform” the current system.

-- Bryce Clayton Newell, J.D. (UC Davis), is a Ph.D. student at the University of Washington Information School and a researcher with the UW Tech Policy Lab (a research lab spanning the UW Law School, Information School, and Computer Science and Engineering Department), where he is researching the legal and policy implications of augmented reality (AR) technologies. He is also a lawyer (J.D., University of California, Davis School of Law, 2010), documentary filmmaker, and 2013 Google Policy Fellow. In a past life, Bryce worked as a professional videographer, and he has recently completed his first feature-length documentary film, which documents humanitarian response to the deaths of undocumented immigrants along the U.S.-Mexico border (more at www.humanitarianfilm.org or @art_of_survival).