Immigration Article of the Day: Shattering the One-Way Mirror: Discovery in Immigration Court by Geoffrey Heeren 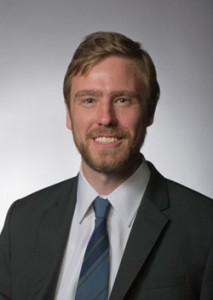 Abstract: There is a considerable imbalance between non-citizens and the Department of Homeland Security (DHS) when it comes to information access in deportation proceedings. Created after September 11, one of the original mandates for DHS was to improve intelligence gathering by creating a network of local, state, federal, and even private information sharers. Bureaucratic consolidation, new information technologies, and non-citizens’ contingent status give DHS a singular capacity to gather information about them. As a result, DHS prosecutors have vast amounts of information about the non-citizens whom they are trying to remove from the United States. In contrast, non-citizens in these adversarial, trial-type proceedings cannot even get basic information from their own immigration file without filing a Freedom of Information Act (FOIA) request that typically takes months to adjudicate and results in a heavily redacted response. A similar informational asymmetry led commentators in the 1960s-70s to successfully call for the adoption of discovery in criminal cases, and the same argument weighs in favor of discovery in immigration court. Moreover, the trend in federal agency courts is toward liberal discovery, so much so that immigration courts now stand virtually alone in disallowing it. At the same time, the stakes in immigration court — deportation — are as profound as in any administrative court. Given these serious stakes and the growing consensus in favor of discovery, some discovery may be required as a matter of due process in many immigration cases.