Immigration Article of the Day: Freedmen and Day Laborers: Why Enforcement Matters by Raja Raghunath 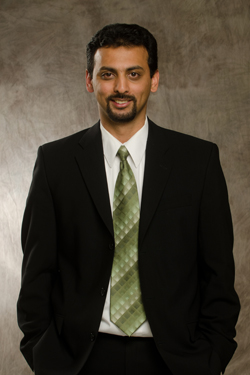 Abstract: As the one hundred and fiftieth anniversary of Emancipation approaches, there are cautionary lessons for modern workers to be found in Reconstruction, the period that followed the abolition of chattel slavery. It was mostly due to vehement opposition that the promise of universal liberty at work was squelched after the Civil War, but the federal government also bears responsibility for not defending the rights it had granted to the freed slaves, or freedmen, when those rights were contested and eventually nullified in the working fields and cities of the South. In this sense, workers’ rights were the original civil rights, and the Freedmen’s Bureau, the original federal labor rights agency, was a founding failure of enforcement. This article argues that the lesson of this failure is that modern enforcement agencies must pay increased attention to labor standards enforcement for foreign born workers, in particular unauthorized immigrants, and that such a focus will benefit all workers in the national economy. The modern American underclass has expanded to substantially include unauthorized immigrants, and their presence in an industry or labor market, such as day labor, is a reliable marker that the most vulnerable workers may be found there. By focusing on these most vulnerable workers, enforcement efforts can help overcome the collective action problem that is created by any system of minimum labor standards. What primarily stands in the way of such an enforcement focus is the misplaced reliance on moral culpability that drives so much of the debate about unauthorized workers. This article argues that the exploitation of vulnerable workers is a behavior that has persisted through the centuries, and that this persistence matters as much as, or more than, the motivations for such behavior, like racism or hostility to foreigners. Finally, it offers some potential responses to what would be an expected backlash to this argument.