Hanley Ramírez (born December 23, 1983) is a Dominican professional baseball shortstop and third baseman for the Los Angeles Dodgers of Major League Baseball (MLB). Ramírez was the 2006 National League Rookie of the Year. In 2009, he won the National League batting title and in 2010 finished runner-up in the Home Run Derby. A three-time All-Star starter, Ramirez is hitting .346 for the MLB Western Division champion Los Angeles Dodgers.  Bleacher Report suggests that, on a team with many players having outstanding seasons, Ramirez may be the Dodgers' true MVP. 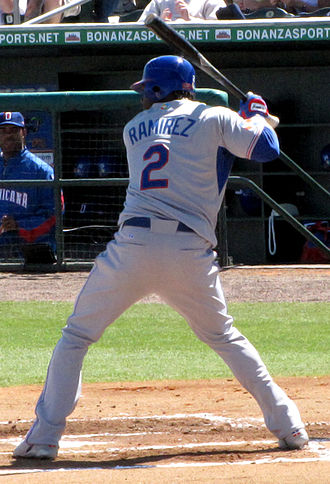