Exploitation Creep and the Unmaking of Human Trafficking Law by Janie A. Chuang 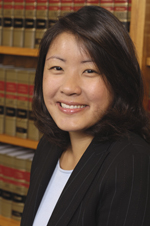 Abstract: The Article exposes how the U.S. government has been engaging in “exploitation creep” in an effort to reshape global anti-trafficking law and policy. Specifically, the U.S. government has sought to recast (1) all forced labor as trafficking, and (2) all trafficking as “slavery.” These moves evince a troubling “exploitation creep” – or the labeling of practices as more extreme than is legally accurate. At first glance, these “creep” moves appear to be well-intentioned efforts to galvanize outrage and political support for eradicating a broader range of exploitative practices. Closer examination reveals, however, that the two “creep” moves have opposite trajectories. Conflating forced labor and trafficking could lessen the grip of criminal justice paradigm dominance in the anti-trafficking field and enable development and application of a labor approach to trafficking. Such a shift carries the exciting potential to target – for the first time – the underlying labor and migration structures that facilitate human trafficking, and consequently, to address a broader spectrum of exploitative practices. Conflating trafficking with “slavery,” on the other hand, re-entrenches the dominant criminal justice paradigm by locating the harm of trafficking in individual deviant actors. In so doing, slavery creep absolves the state (and its corporate partners) of responsibility for maintaining labor and migration structures that render those at the bottom of the global labor market hierarchy vulnerable to trafficking. In either case, the doctrinal manipulations that undergird exploitation creep render “trafficking” legally redundant with other phenomena already addressed under well-established international law, thus potentially unmaking “trafficking” as a freestanding legal concept.