Careen Shannon: "Edward Snowden and the Politics of Asylum" 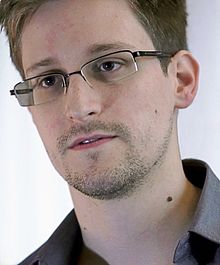 Immigration lawyer Careen Shannonon Nation of Immigrators writes about the Edward Snowden asylum saga.  Snowden has now been granted temporary asylum in Russia, which he earlier indicated he was seeking only while he looked for a more permanent option elsewhere. Whether you think Snowden is a hero or a traitor, his quest for asylum raises interesting international law questions. Does he actually qualify for asylum under international standards? Or would any country—including Russia—that grants him asylum really be engaging in what immigration attorney Jason Dzubnow has called the realpolitik of asylum?  Click the link above to read more.

Listed below are links to weblogs that reference Careen Shannon: "Edward Snowden and the Politics of Asylum":