In Lozano v. City of Hazleton, the U.S. Court of Appeals for the Third Circuit had before it a case vacated and remanded by the U.S. Supreme Court.  Hazleton previously appealed the district court's permanent injunction barring enforcement of two ordinances that purported to  prohibit employment of undocumented immigrants and preclude them from renting housing in the city.  The Third Circuit had affirmed the judgment. The Supreme Court vacated and remanded the Third Circuit ruling and remanded this case for reconsideration of the ruling in light of Chamber of Commerce v. Whiting,131 S. Ct. 1968 (2011).  One year later, the Court decided Arizona v. United States,132 S. Ct. 2492 (2012).  Both Whiting and Arizona address the extent to which federal immigration law pre-empts state laws pertaining to the treatment of unauthorized aliens.

The Third Circuit adhered to its previous ruling, with the following punch-lines:

Having thoroughly considered the additional submissions of the parties and the Court's decisions in Whiting and Arizona, we again conclude that both the employment and housing provisions of the Hazleton ordinances are pre-empted by federal immigration law. Accordingly, we will again affirm the District Court's order enjoining enforcement of these provisions.

Omar Jadwat of the ACLU argued the case for plaintiffs-appellees.  Secretary of the State of Kansas Kris Kobach, dubbed the "deporter-in-chief," argued the case for the City of Hazleton.  Kobach has not had a good week, having also unsuccessfully defended the Farmer's Branch, Texas immigration enforcement ordinance.  Overall, Kobach for many years has aggressively advocated state and local immigration enforcement laws, which have proven costly to defend and often have been struck down.  On a somewhat related note, why is the Kansas Secretary of State still involved in these pieces of immigration litigation in Texas and Pennsylvania?  Others have questioned Kobach's moonlighting. 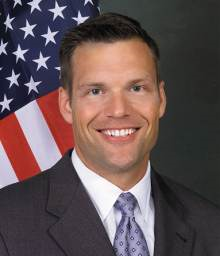