Our fifth post on the impact of United States v. Windsor on immigration law is by Scott Titshaw, Associate Professor of Law at Mercer Law School. (The previous posts (first through fourth) may be found here). 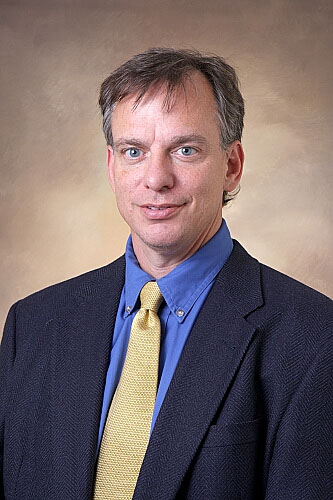 "During twelve years as an immigration practitioner, some of my most painful conversations were with US Citizens and their foreign national same-sex partners whose relationships were invisible for immigration purposes.  The lucky ones could move together to Canada or another country that recognized their relationship.  For others, the only choice was separation or living in the United States without authorization.  Fortunately, United States v. Windsor has changed all that, and same-sex spouses will now be recognized under the INA in the same ways as different-sex spouses, including stepparent relationships, relief from removal, dependent status, and waivers of bars to admission, as well as the more obvious marriage-based immigrant visa petitions.

This second-order choice-of-law question was the focus of the DHS FAQ providing initial post-Windsor guidance.  Unfortunately, the FAQ sent mixed signals.  It clarified that US Citizens can file immigrant visa petitions on behalf of their same-sex foreign spouses and that “as a general matter, USCIS looks to the law of the place where the marriage took place when determining whether it is valid for immigration purposes.” (emphasis added)  Then if proceeded to muddy the waters again with a disclaimer that this “general rule is subject to some limited exceptions under which federal immigration agencies historically have considered the law of the state of residence in addition to the law of the state of celebration of the marriage.”  Recognizing that this fudging was unlikely to satisfy people whose families are at stake, the FAQ concluded: “If necessary, we may provide further guidance on this question going forward.”  Hopefully, that guidance is forthcoming.

The USCIS FAQ is unclear enough to cause prudent people to wait for further guidance before filing cases where a denial could have harmful consequences (e.g., a US Citizen in North Carolina and the foreign national wife she married in New York, who has overstayed her nonimmigrant status by several years.)  Yet, in the end, I expect the administration to recognize a uniform place-of-celebration rule for same-sex marriages under the INA.

From the President on down, the Obama administration has signaled its willingness to recognize all same-sex marriages valid in the jurisdictions where they are celebrated.  While on a visit to Senegal, President Obama stated in a joint conference, “It’s my personal belief — but I’m speaking now as a President as opposed to as a lawyer — that if you’ve been married in Massachusetts and you move someplace else, you’re still married, and that under federal law you should be able to obtain the benefits of any lawfully married couple.”  Despite the qualification that he was only speaking as the chief executive of the United States, the President’s sentiment seems clear.  Fortunately, the law is also clear on his authority to actualize this sentiment.

Four years ago, I analyzed over one-hundred BIA, Attorney General and federal court decisions regarding the recognition of marriages that were not valid in all US jurisdictions.  See Scott Titshaw, The Meaning of Marriage: Immigration Rules and Their Implications for Same-Sex Spouses in a World Without DOMA, 16 Wm. & Mary J. Women & L. 537 (2010). At that time, I was generally assuming a worst-case political scenario and attempting to define what a post-DOMA administration would be required to do to conform with the precedents set in regard to biracial marriages, marriages involving close relatives, marriage involving minors, marriage involving transgender spouses, proxy marriages, polygamy and pre-DOMA same-sex marriages.  My conclusion was that bona fide marriages valid where celebrated are valid under the INA so long as they are not subject to strongly held federal or state public policy objections.  The federal public policy objections embodied in DOMA Section 3, and in the federal bar on lesbian and gay male admissibility before it, are now history.  However, state objections may still create confusion.

The BIA has refused to recognize valid marriages in some cases where the spouses’ state of domicile enforces criminal prohibitions of the couples cohabitation or evasion of state law.  Id.   However, such criminal prosecutions of same-sex spouses would clearly run afoul of the Supreme Court’s holding in Lawrence v. Texas as well as the egalitarian and dignitarian strands of the opinion in United States v. Windsor.

The Obama administration recently adopted the place-of-celebration rule with no apparent exception in its guidance on marriages involving transgender spouses.  Before Windsor, the federal validity of these marriages hinged on their validity as different-sex marriages under state law.  In that context USCIS focused entirely on the place of celebration to the extent that it provided fiancé(e) petitioners indicating a specific intent to marry in a jurisdiction where the marriage would not be valid “the opportunity to submit . . . an affidavit attesting that the intended marriage will take place in a jurisdiction where” it will be valid for immigration purposes.  AFM 21.3(a)(2)(J)

Probably the best evidence of the place-of-celebration rule is what DHS is actually doing.  In fact, USCIS has already begun approving petitions for same-sex couples validly married in states like New York and Iowa, who live in states with anti-gay-marriage constitutional amendments like Colorado and Florida.

So why is DHS sowing doubt with its FAQ?  My best guess is that they are awaiting sign-off by the Department of Justice: In his initial statement praising the Windsor decision, President Obama said in a statement that he had “directed the Attorney General to work with other members of [his] . . . Cabinet to review all relevant federal statutes to ensure this decision . . . is implemented swiftly and smoothly.”  Time and experience will tell.  But hopefully additional guidance will clarify a universal place-of-celebration rule and security sooner rather than later."