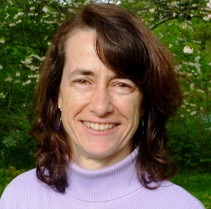 "There is no better example of the immediate impact of United States v. Windsor than the granting of permanent residence to a Columbian immigrant based on marriage to his U.S. citizen husband less than an hour after the ruling came down, while the couple were on their way to the deportation hearing.  Janet Napolitano’s announcement on the heels of the ruling’s issuance that the Administration would implement the decision “so that all married couples will be treated equally and fairly in the administration of our immigration laws" confirms the significance of the case for marriage-related immigration determinations. In previous posts, Geoff Hoffman and Geoffrey Heeren have ably addressed the direct implications for immigration law of Windsor’s central holding striking down section 3 of the Defense of Marriage Act.

Reading Justice Kennedy’s majority opinion led me to wonder whether the case will have broader implications for immigration law beyond marriage-related immigration issues.  It’s not an immigration case.  But Windsor pushes doctrinal buttons that appear routinely in immigration cases: equal protection, federalism, substantive due process.  Windsor has something to say about the project in which many immigration scholars and advocates have been engaged: bringing immigration law into the mainstream of legal analysis and changing negative social perceptions of noncitizens.  The Supreme Court has historically treated immigration law as an exceptional area of law, as so closely connected with foreign policy and national security that it can have only an attenuated link to constitutional limitations on government power over noncitizens.  Is immigration law so exceptional that Windsor’s revival of equal protection analysis will remain inaccessibly distant?

Justice Kennedy’s majority opinion itself hints at immigration exceptionalism when explaining the limits of the doctrinal implications of Windsor.  Describing the federal government’s power to make rules about marriage despite the states’ traditional dominance in that area, the opinion used the immigration marriage fraud statute as an illustration of the breadth of federal power “when the Federal Government acts in the exercise of its own proper authority.” Yet recent cases like Padilla v. Kentucky point in the direction of treating immigration law like neighboring legal doctrines.  Padilla sketched a growing intersection between immigration and criminal law when holding that a criminal defendant is entitled to know the immigration consequences of a plea before agreeing to it.

Windsor’s passing reference to immigration law doesn’t exhaust its implications.  Time will tell, but I suspect that the impact of the case will be most far-reaching in changing the content of the conversations about immigration law that people are having in courtrooms, in Congress, and in casual discussions.  I imagine the themes in Windsor that seemed most persuasive to the Justices influencing several kinds of arguments that crop up in immigration law: in equality-based arguments when U.S. citizen children are involved, in federalism arguments when states and localities make efforts to integrate undocumented noncitizens, and in arguments about immigration reform.  I’ll take up just one of these: the theme of consequences to children.

Windsor’s analysis of the “meaning of equality” surveys the ways that second-class status for same-sex parents harms their children.  Windsor is a tax case, not a family law case, but concern about the impact of the federal law on the children of the affected spouses runs throughout Justice Kennedy’s opinion.  The harms he identifies are emotional--- humiliation, troubled understandings about the closeness of the family and its relationship with the surrounding community---and also financial, affecting health insurance and other benefits.  The effect of his discussion is to broaden the perimeters of equal protection to include not just the plaintiffs but those most closely connected to them.

Immigration law is replete with situations in which disparate treatment of noncitizen parents causes harm to children.  Immigration law creates second-tier families by virtue of the lines it draws between those authorized to be present and those who are not.  Mixed-status families in which some family members are lawfully present in the United States and others are not carry the potential for family separation through the deportation of those without authorization.  Children also experience less obvious harms from the anxiety of keeping their family status secret, from their awareness of the difference in status, from uncertainty about the future.

Windsor is not direct authority for an equal protection challenge to the immigration laws whenever they create harms to children.  Its overt preoccupation with the effects on children of unequal treatment of their parents, however, may bolster consequentialist arguments when equal protection themes arise in immigration law.  The Administration’s adoption of Deferred Action for Childhood Arrivals (DACA) which granted a measure of status to noncitizens who arrived in the United States as children is an example of equality-themed advocacy combined with recognition of harm to children.  Similarly, when states like Alabama seek to impose immigration status checks of parents of schoolchildren, the harm to children was the paramount basis for legal challenge.  Less obvious are arrest, deportation, and detention policies or practices that overlook the consequences for children.  Equality-based concerns already pervade these contexts.  Windsor’s contribution is to elevate concern about the collateral impacts on children to a constitutional consideration.

Same-sex marriage advocacy serves as a model for how to transform a shunned and silenced class into lovers, parents, sons and daughters---people that state legislators, voters, and Supreme Court justices could relate to and fit into pre-existing legal frameworks.  Certainly same-sex marriage and immigration are very different issues.  Windsor’s most lasting contribution may be to affirm the ongoing project of re-casting popular understandings of a discrete group in a way that can translate into law."

Listed below are links to weblogs that reference Guest Blog Post: Juliet Stumpf on Windsor's Impact on Immigration Law: